With conquering limbs astride from land to land;

Here at our sea-washed, sunset gates shall stand

A mighty woman with a torch, whose flame

Is the imprisoned lightning, and her name

Mother of Exiles. From her beacon-hand

With silent lips. “Give me your tired, your poor,

The wretched refuse of your teeming shore.

Send these, the homeless, tempest-tost to me,

I lift my lamp beside the golden door!”

For those that do not know, this is the sonnet written by Emma Lazarus that is on a plaque on the pedestal that holds the Statue of Liberty.

Lazarus wrote this sonnet to help raise money for the pedestal that was to hold the statue once it was delivered from France.

I quote Lazarus to highlight the difference between her welcome message to newcomers to American shores and the current state of immigration.

Since Trump’s administration implemented zero-tolerance measures to detain anyone trying to cross into the US on the southern border, children have been separated from their parents. Despite a federal judge’s order, these separations have continued based on something as arbitrary as a child’s unchanged diaper, or a father’s speech impediment.

Department of Homeland Security acting Secretary Kevin McAleenan made a point of mentioning that “less than 1,000” children have been removed from their parent’s custody since that federal order, but loopholes are being used to do this, as TYT reports (below). Representative Alexandria Ocasio-Cortez questioned him on the border situation (Bloomberg TicToc).

And even worse, border patrol officers have been detaining US citizens across the country for extended periods while they “confirm” their citizenship.

See the story of Davino Watson, a US citizen from New York. He was threatened with deportation to Jamaica -where he has not lived since he was a child- and held for 3 and a half years here:

Daily Kos reports that Francisco Erwin Galicia, 18, was held at two immigration detention facilities, first by Border Patrol, then by ICE. Galicia is a US citizen, born in Dallas, TX.

Unfortunately, his younger brother Marlon was not born in the US. He was deported to Mexico. Galicia says he was tormented by guards who wanted him to sign a confession stating he was not a US citizen and was trying to enter the US illegally.

“They said they were going to charge me,” he told MSNBC’s Chris Hayes, “they would insult me so I would sign my deportation order, and well, it was all psychological damage.” 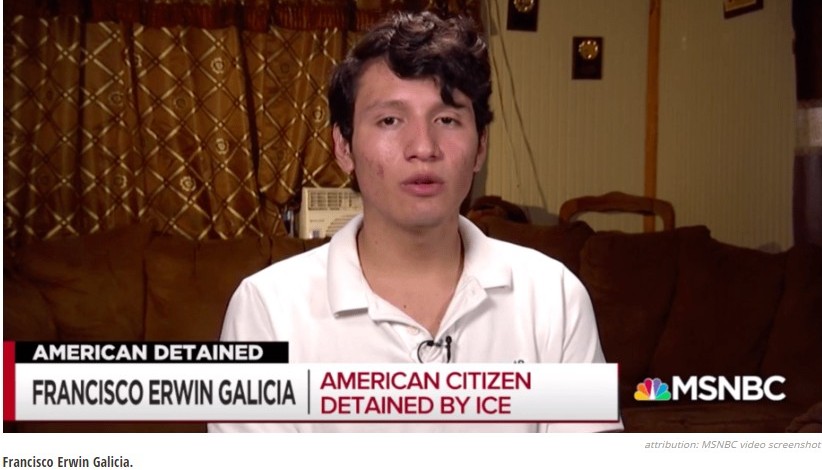 Officials stated that Galicia never stated he was an American citizen.

“From the first moment that I presented myself at the checkpoint, I always said I was an American citizen. They even charged me because they said my papers were falsified, and I have proof because they contradict themselves because they charged me for supposedly falsifying my citizenship when I am a citizen here. It doesn’t make sense what they’re saying.”

His mother brought his birth certificate to border patrol to confirm his place of birth. TYT reports Galicia was detained for 23 days, a week after border officials had proof of his citizenship. In that time, he lost about 26 pounds.

Julia Medina, a 9-year-old girl, and her 14-year-old- brother, Oscar, were detained. Both are US citizens with passports who cross the border every day to go to school.

This family was separated for 32 hours, and border officials told Julia that she was lying about being a US citizen because her passport picture did not match her.

They also accused her brother of smuggling and attempted to have him sign a confession, stating Julia was his cousin, not his sister.

TYT discussed the issues with ICE and border patrol and their outright defiance of a federal order here:

More recently, TYT reports that Jimmy Aldaoud, 41, from Detroit was deported in June. He was born in Greece, but his family came to the US when he was 6 months old. He grew up in America, as an Iraqi national, but he was deported to Iraq. 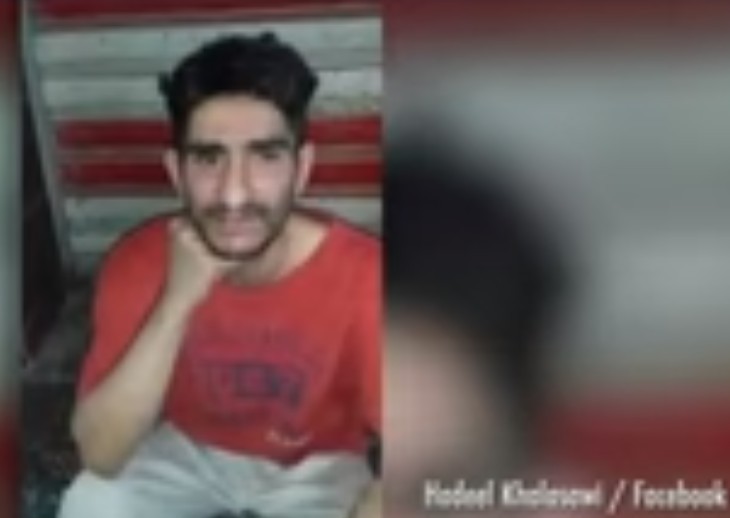 He did not speak Arabic, the predominant language of Iraq.

He never lived in Iraq. He lived in Detroit, MI.

He was not Muslim. He belonged to the Chaldean sect of the Catholic church that largely supported Trump in 2016.

The Trump Administration has targeted over 1,000 Iraqis for deportation, according to Politico. That includes Chaldean Catholics—a minority believed to have originated in ancient Mesopotamia, who face discrimination in present-day Iraq. Aldaoud was one of the Detroit-area Chaldeans given a final order of removal, although he challenged the decision in court.

He had no family there. All of his family lives in Detroit and has for decades.

He was homeless in Iraq, unable to find anyone to help him find work, a home, or his medicine.

Mr. Aldaoud was schizophrenic, which led to a criminal record in the US. His family has stated he was seeking counseling and getting treatment for the condition. He was also diabetic.

He was found dead Wednesday. Apparently, he died due to complications from diabetes, because he could not get his insulin.

This is just a snapshot of immigration practices in Trump’s America. A Google search turns up a distressing number of these stories. This is not a “protecting our borders” issue. It is not an immigration issue. This is Trump’s racism running rampant through government channels.

We are #1Race, and it is far beyond time for us to act like it.